Can high school students get together to protest school decisions on campus during school hours?

Question | Student Protests
Can high school students get together to protest school decisions on campus during school hours?

Yes, you have the right to organize a protest, but there are some things that could get you in trouble. 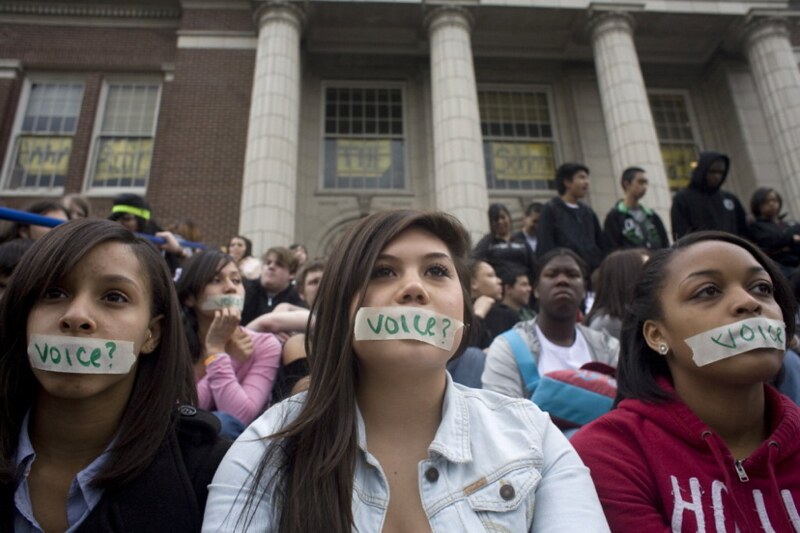 The Right to Assembly

You have a right to assembly, even as a student. Students do not shed their constitutional rights to freedom of expression or speech at the schoolhouse gate! The U.S. Supreme Court recognized the free speech rights of young people at a school in the famous case of Tinker v. Des Moines Independent Community School District.

The First Amendment protects both your right to voice your opinions and to gather in peaceful groups in public places to express those beliefs. There are many different ways to run a protest, but schools do have a bit more control over students who are protesting during school hours. Students do have the right to protest during school hours, BUT if the protest (1) could substantially disrupt the school learning environment, or (2) create a threat of violence, the school can probably shut it down.

Disruptive Protests Could Get You in Trouble

The U.S. Supreme Court has said that the First Amendment does not protect speech that substantially disrupts a school’s learning environment, or could disrupt it in the foreseeable future. This includes anything that would get in the way of the educational mission of the school, from something as small as distracting other students from learning in a classroom to putting the school into full lockdown mode. Some things that would not be protected include:

Tips for a Successful Protest

So how can you protest during school hours and still be protected? Students could gather between classes, during the lunch period, or before or after school to protest school decisions. Students could also gather somewhere that would not disrupt the class time of other students, like outside an administration building. As long as the gathering is peaceful and doesn’t disrupt the learning environment, it should be protected.

These protests are also most protected when they happen in a public forum—AKA a place that’s traditionally open to the public. Schools are not full public forums, but a place like a public sidewalk in front of the school probably would be.

Another way you could protest is to wear symbolic clothing or buttons instead of assembling. As long as the items are not disrupting other students, it’s a great way to get your message across!

More on the Right to Assembly 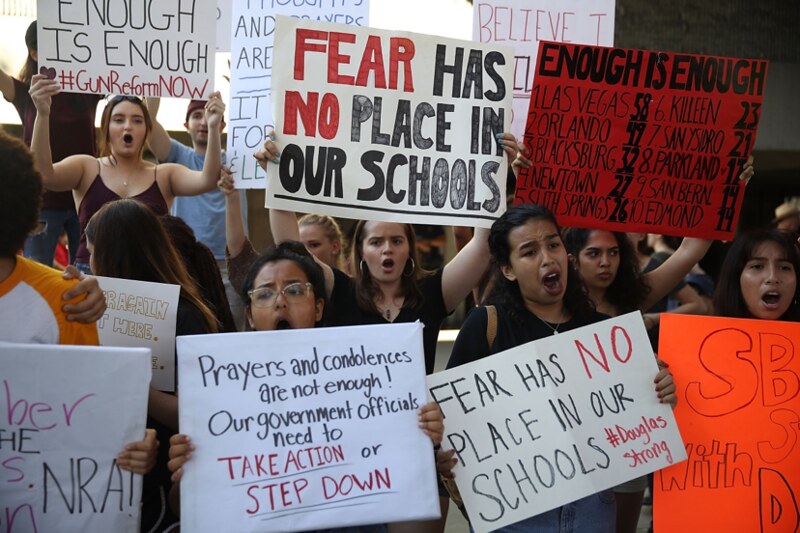 Among other things, the First Amendment protects the freedom of speech and the right to peaceably assemble. Freedom of speech lets you voice your opinions, criticize the government, and express yourself without fear of punishment or censorship. Freedom of assembly means that people can gather as a group in public places to express these ideas. However, these gatherings must be peaceful. If protestors start getting violent themselves or are inciting others to be violent, that protest is no longer protected. BUT if the protestors themselves are peaceful, their speech is protected even if the crowd around them gets out of hand.

The government can’t stop a peaceful assembly that happens at a public forum. A public forum is any place that is traditionally open to the public, like parks, streets, or sidewalks. Since schools are not considered public forums, school administrators do have some power to restrict speech. On the other hand, a place like the public sidewalk outside of the school probably would be a public forum! Keep in mind that other laws still apply, and many states have curfews laws, meaning that people below the age of 18 can’t be in a public place without an adult after a certain time.

Even though the right to assembly applies to both adults and minors, it’s important to keep in mind that students don’t have the same First Amendment protection as adults. In Tinker v. Des Moines, the Supreme Court said that schools can shut down speech that could cause a substantial disruption to the learning environment. A substantial disruption is anything that stops a school from carrying out its educational goal. That includes even something tiny -- like students being distracted from their classroom work-- to the school going into lockdown. Even if the disruption hasn’t happened yet, the school can shut down speech that could foreseeably cause disruption in the future.

That means that any gathering during school hours that takes away from teaching time or keeps students or faculty from continuing school could be shut down without violating the First Amendment. Marching through a school hallway during school hours chanting would probably disrupt whatever classrooms you pass. Or if the protestors get so riled up about their issue that they frighten younger students, that could also be a disruption.

The best way to approach this is to make sure your protest is peaceful. Gather before or after school hours in a visible place, preferably a public forum like a sidewalk, or a flagpole, or monument in front of the school. For example, a group of students could gather on the sidewalk in front of the teacher’s parking lot with signs and voice amplifiers 45 minutes before school starts. The protest could be seen as students and faculty arrive, but as long as they still have free access to the building and the protest remains peaceful, it is probably protected. Make sure protestors stay on public property and don’t stand in a roadway where traffic could be disrupted.

That being said, the First Amendment will not protect students from getting in trouble for breaking other school policies—like tardiness and attendance. So students who skip class to participate in a protest do so at their own risk because the school can punish you for skipping class.