Can we use a popular song as background music for a video that will be played at graduation?

Question | Copyright & Fair Use
I want to use some popular songs for a video that we will play during our high school graduation ceremony. We will only play the video during the ceremony and it will not be uploaded online after graduation. My teacher still thinks that using the music in the video could be copyright infringement. Is it? Can we use the songs in the video?

Yes! You will likely be able to use the songs in your graduation video because it is a fair use of the songs and no money is made from using the songs.

The reason that you will likely be able to use the copyrighted song for a graduation video is because it is an educational fair use. Fair use is an exception to copyright law that allows people to use copyrighted works without the owner’s permission as long as they use it in certain ways. One of the ways you can use it is educational fair use. This means that the song can be used if it is for educational purposes and it is not used commercially (to make money). Graduation is the grand finale of the education process, so the song played at graduation is for an educational purpose, and it would be fair use! 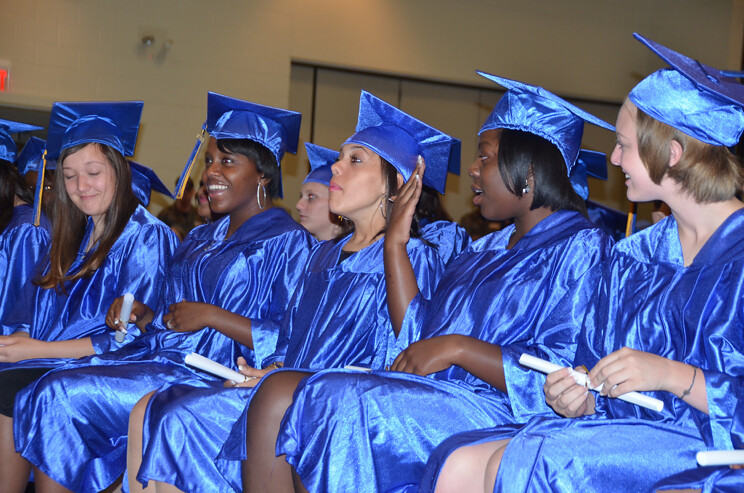 Is a graduation ceremony considered a commercial event? It’s the biggest event of the year!

Nope! Graduation is probably the most significant, largest attended event that happens in high school. But, no matter how significant it is for your school, it is not a commercial event because people don’t usually pay any money to attend graduation. Even if for some reason you had to pay to graduate to rent a robe and a hat (like you will in college…not that I’m bitter or anything), as long as the money is used for educational purposes it isn’t usually a problem.

So…we can always use popular songs for graduation videos then, right?

Not always. It depends on how much of the song is used. If the school just plays the entire song over a video, it might be harder to claim fair use. A better idea may be to use a mash-up of songs or only use part of the song. Whatever you end up doing, ANYTHING is better than looping the lameness that is Pomp and Circumstance.

Can we post the video online or distribute it to people?

You probably shouldn’t post the graduation video online. Part of the reason fair use works here is because the only people who will see the video will be family and friends at the graduation ceremony. It’s not being broadcast and then distributed to the world and the attendees at the ceremony will only hear the song once. This means that playing the song at graduation probably won’t have an effect on the sales of the song. To decide if there is copyright infringement, a judge looks at whether using a song without permission hurts the sales of the song. If it does, then there could be copyright infringement.

In your case, people who are looking to purchase and listen to the song probably won’t come to your graduation JUST to hear the song being played. If they do…then you should introduce them to the internet. I’m sure they will thank you.

Speaking of the internet, if you were to distribute this online, the entire world will now have access to that song. Viewers could watch the video to hear the tune instead of buying the song on iTunes. In that situation, many video sharing sites would automatically take the video down because of the song’s copyright.