Can a school stop you from saying "God bless the United States" over the morning announcements?

Question | Student Expression
I regularly lead the pledge of allegiance at my school over the PA system. Occasionally, I would read patriotic messages for Veteran’s Day or after a tragic event. After the tragic Orlando nightclub shooting, I asked for a moment of silence and read a quote from President Ronald Reagan: “May God bless the United States and may God bless you all.” Two teachers complained about the reference to God, and I was told not to mention God in my speeches anymore. I thought my statement was simply patriotic, not religious. Can the school really keep me from saying things like this?

As long as the statements are patriotic, not purely religious, they are probably protected by the First Amendment. 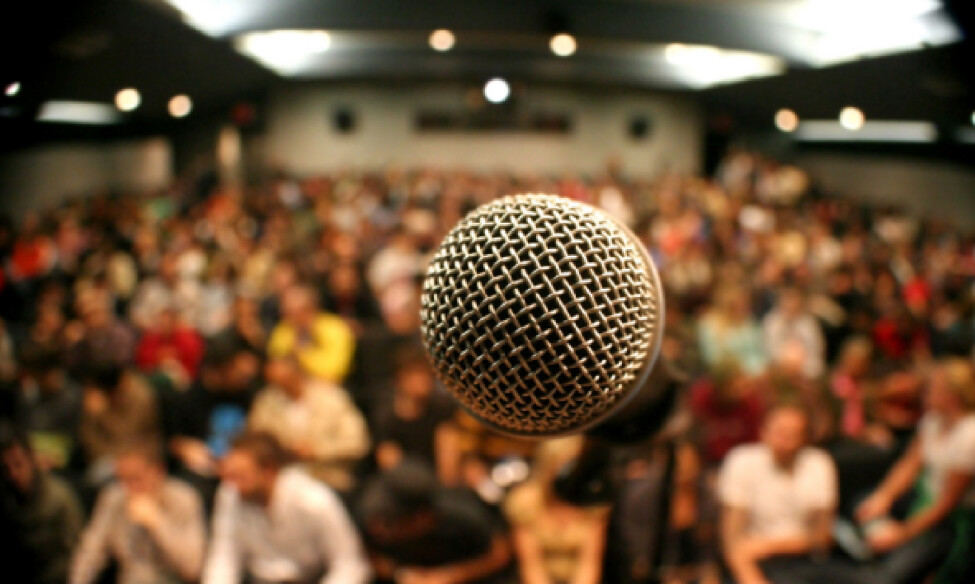 In your case, while the students listening to your announcement definitely are a captive audience, your statements are more patriotic and not religious, and thus are likely protected by the First Amendment.

A Closer Look: Captivated or Captive? 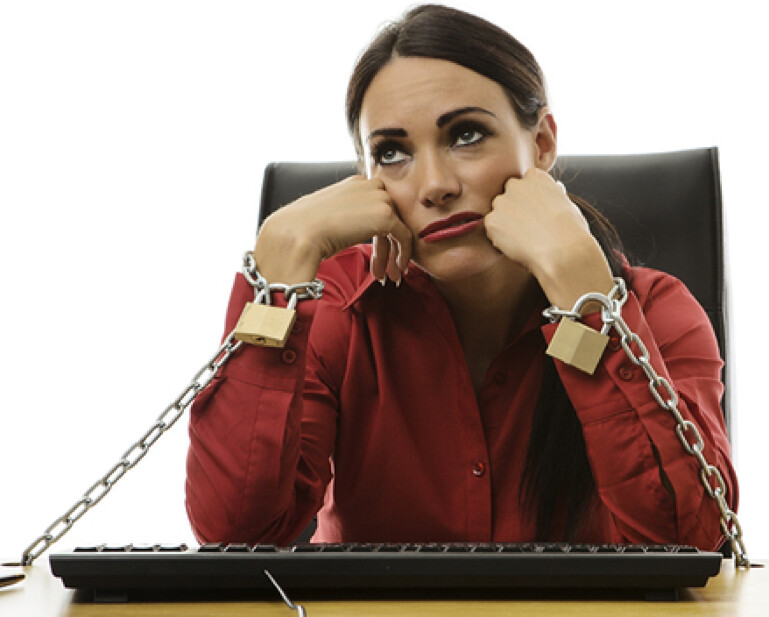 A public high school cannot promote religion, even if incidental. This means it can be held responsible for sponsoring a Rabbi to speak at graduation or for allowing students to hand out candy grams depicting Jesus for a class assignment. To decide whether religious speech violates the Establishment Clause of the First Amendment we first look at whether the students who heard your message are a captive audience. This is important because whether or not students have a choice to listen to a school announcement provides context as to whether the school is responsible for promoting religion.

Students are often automatically considered captive when they are in school during school hours. If someone does not have the choice to leave, they are a captive audience and are forced to listen to whatever is being said to them. Students don’t have a choice to not hear announcements. They can be disciplined if they aren’t seated quietly during announcements. They can’t just get up and leave, or ditch. And, it’s not an option for students to not attend school to avoid hearing these messages. Besides disciplinary action, students could face criminal penalties for missing school. This means that any school announcement or classroom assignment is delivered to a captive audience.

Even where a choice to not participate seems to be available, like for extra-curricular events or graduation, this choice is often an illusion. Class credit activities, participation requirements, and even social pressure can be considered coercive to force students to attend and therefore be a captive audience.

But in this instance a student is asking for God’s blessing on the public announcement, it’s not the principal. Does that make a difference? Nope! The “God” speech statements were done after the first bell during the morning announcements, when students were sitting at their desks and having their attendance taken. Since the statements were during school hours and part of the school’s regular morning announcements, they are school-sponsored and the school is responsible for them. School administrators also chose the student speaker to recite the Pledge of Allegiance. He was not selected by the student body. So, students had to sit and listen to a message delivered by someone hand-picked by the school. The students are undoubtedly a captive audience.

Next, we have to decide whether the public announcement speech was religious. Two things were stated: “May God Bless the United States” and “May God Bless You All.” To determine whether it’s religious, we look at the context and meaning. Simply saying “God” doesn’t necessarily mean a religious belief is being expressed. We use the word all the time in everyday language. OMG, right? So why do people get upset when public schools or government officials make religious comments or say something about God? Let’s look at a little history.

Remember the Puritans who sailed to America on the Mayflower way back in 1620? They were the Pilgrims with the help of some Native Americans held the first Thanksgiving? Well, they came here because they were being persecuted in England for their religious beliefs. So, when the founding fathers wrote the Constitution 170 years after the Pilgrims landed, they made sure that Americans had the freedom to exercise any religion they chose, and they enshrined it in the First Amendment. To protect our freedom of religion, the founding fathers also adopted the Establishment Clause which means that government cannot promote the establishment of any specific religion or favor one religion over another.

Public schools are part of the government. So they have to steer clear of promoting religion or giving the image that they favor a specific religion. Private, religious-based schools like Catholic, Lutheran, or Hebrew schools can talk about religion because they are not government-funded schools. Public schools are government-funded “state actors” so if they promote any religion, they will violate the Establishment Clause of the First Amendment.

Some times when the government makes “God” statements it is okay because the statements are considered patriotic or ceremonial. Check out the back of any dollar bill. Our money has “In God We Trust” printed on it. The Pledge of Allegiance declares us “One Nation Under God.” These are considered neutral statements of patriotism. Some call it ceremonial deism: things the government does that reference religion not because they are religious, but because they are long-standing traditions. Presidents have referenced God in speeches since the founding fathers were around. These references are meant to foster national unity and pride in the USA, and not to promote religion so they do not violate the Establishment Clause.

In this case, “May God Bless the United States” would seem more patriotic than religious, especially because it was uttered in the wake of horrendous violence. The Orlando Pulse shooting was the deadliest terrorist attack in the United States since 9/11. It was a national tragedy. The phrase “May God Bless the United States” can be construed as patriotic and not religious because it was intended to remind the people listening that we are all one nation together. The phrase was meant to unite, not to preach, and so it is likely to be protected as free speech expression under the First Amendment.

But the second part of the statement, “May God Bless You All,” leans closer to religious speech than patriotic speech. It’s not as obvious as a religious prayer before a football game, but it is not as neutral as “May God Bless the United States.” Instead of expressing a hope for national unity, it asks for a religious blessing for the students and faculty who are forced to listen to the public announcement. It seems to be more of a prayer than a patriotic expression.

But it’s also important to note the context. You said that it wasn’t your own sentiment, but you believed it was a quote from President Ronald Reagan. You did not intend to promote religion when you said it, you meant it to be patriotic. Moreover, it’s a historical statement from a president, a figure who leads and unites the entire country. Indeed, other presidents, like President Richard Nixon, expressed the same “May God Bless” sentiment. You also uttered it right after you made the first statement, which is patriotic. The second statement is likely intended, and would be interpreted, as more patriotic than religious. So, it’s likely that your public announcement statement does not promote religion and does not violate the First Amendment.

The school can ask you not to promote religion under the Establishment Clause, but it has to balance your First Amendment right to free expression. Patriotic phrases that use “God” aren’t necessarily promoting religion, but they do tread a fine line. Be careful! There are other patriotic statements that do not reference religion. You might find other quotes that communicate your same patriotic intent. The school has to balance these Establishment Clause restrictions with these freedoms. In your case, these statements were likely fine, but these issues can be different on a case-by-case basis. Intentional religious statements are definitely not going to fly over the PA at school, but patriotic statements about national unity likely will.