What is Fair Use?

Question | Copyright & Fair Use
What is "fair use" of another person's copyrighted work? Do I have to get someone else's permission to use it?

Fair Use lets you use someone else's creative work without getting permission. But it's not as easy as it sounds! There are four factors to work through to tell if something is fair use

Before we talk about fair use, let’s start with an overview of copyright and how it applies to fair use. So, what is a copyright? If you create something that is an original creative expression and you save it in a physical form that others can access, then you have a copyright. If you write a story and save it on your computer, you now have an original creative expression saved in a physical form (the digital file). A copyright protects your work by requiring others to get your permission to use your work. People own copyrights for books, films, paintings, music albums, sculptures, architecture, plays, software –– all kinds of creative expression!

BUT, sometimes you don’t need the owner’s permission. That’s where fair use comes in!

The Fair Use Doctrine makes it okay to use copyrighted content without permission in some circumstances. It really depends on how much of the copyrighted work you use and why you're using it.

To determine whether your use of a copyrighted work will satisfy the Fair Use Doctrine, the court will look at these four factors:

(note: when we say “owner,” we mean the owner of the copyright! It’s usually the author or artist who created the work, but sometimes another person or a company could own the copyright to a work)

Fair Use Factors: A Closer Look 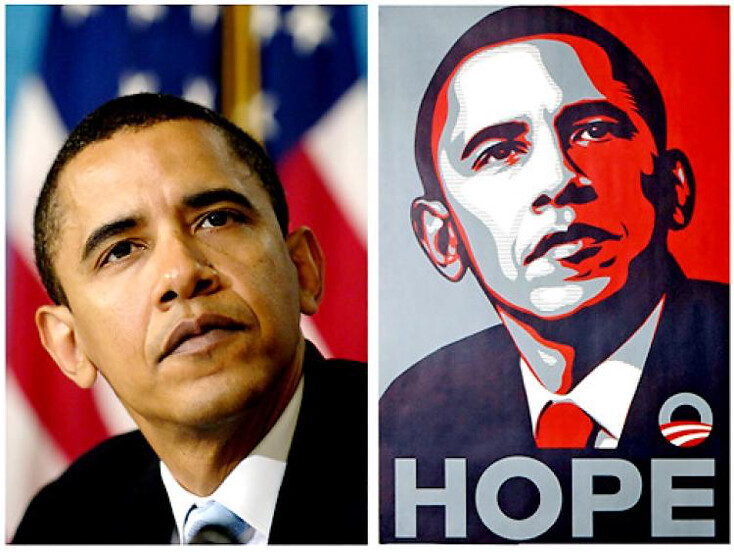 FACTOR 1: Why and How You Use the Owner’s Work

This factor can also be phrased in another way: What is the purpose and character of the use? This factor tries to look at the reason the new work was created. Is it a different reason than the original? Using a copyrighted work for education, scholarship, research, news reporting, criticism, or commentary, or non-commercial use is usually more protected. However, sometimes just changing the purpose is enough on its own. For example, in the President Obama photo above, the original picture was taken to accompany an article in a newspaper and was simply meant to portray a politician who was quoted in the article. However, the artistic poster was made to inspire voters and portray a message of hope and vision as it related to this presidential candidate. So, the two works were created for very different purposes –– one to portray news and one to publicize a presidential campaign.

To recap, these ‘uses’ of copyright are more likely to be fair use:

These types of uses would not favor fair use

Remember: if you haven't transformed the work and you aren’t using it for one of the favored uses listed above, it’s probably not fair use!

FACTOR 2: How Creative the Owner’s Work Is and How Much Protection It Receives

For the second factor, the more creative the original work, the more protection that work receives. Things like recipes and listings in a phonebook aren't protected by copyright because they are not creative works, just lists of factual information. On the other hand, something like a movie, a book, or a photograph in a magazine takes more originality to create, so it receives more protection –– if someone borrows from these highly creative works, that use is less likely to be fair use. However, just because a work is highly creative and gets strong copyright protection doesn’t mean that you can’t use it. If your work is transformative or is one of the favored types of uses listed in factor one, this factor is less of an issue.

FACTOR 3: How Much of the Work You Used

This factor focuses on the amount of the original work you’ve copied and used as your own. Usually, the more of the work used, the less likely it will be fair use. However, even if you’ve only used a small portion of the work, your copying won’t be considered fair use if you copy what is considered the “heart” of the work, unless you’ve changed its message or meaning. Courts have described the “heart” of a work as the most memorable aspect, or the essence, of a work. For example, the quote “Luke, I am your father” from Star Wars is a very memorable aspect of the film and could be considered the “heart” of the work, even though it’s only a few seconds of the movie. Once again, the transformative nature of the work becomes important for this part of the analysis and weighs in favor for fair use if the message and meaning is transformed.

FACTOR 4: What Impact Your Work Will Have on the Economic Potential of the Owner’s Work

Factor four concerns the economic potential of the original copyrighted work. What we’re really asking is, if someone else is able to use the copyrighted work without the artist’s permission, will the artist be losing money? Are people buying the new art in place of the original creator’s art? For example, if you took a copyrighted photograph and then made a painting, copying all the elements and colors of the photo, and then sold that painting to make profit, that would probably be unfair use of the copyrighted work. If people buy your painting instead of the photo, the artist loses that opportunity to make money off of her copyrighted photo. In this example, you haven’t transformed the work in any way –– you haven’t changed the message or meaning of the original –– and you’re using the work to make money. That would be copyright infringement and NOT fair use.